659: How to Become a Video Journalist With Michael Rosenblum, Rosenblum TV [Espresso Shots] 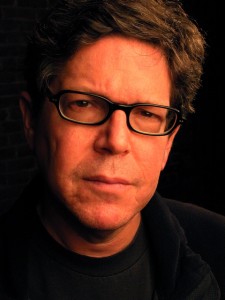 Michael Rosenblum is the founder and CEO of Rosenblum TV, a world leader in video content training. More than 30 years ago, he invented the concept of the “VJ” or video journalist, who is a reporter who films, edits and creates stories on their own. Michael introduced the VJ-driven model to the BBC and The Voice of America. He’s built VJ-based news channels worldwide including Time Warner’s NY1 News, Associated Newspapers London based Channel 1, and TeleZuri in Switzerland. Michael was the president and founder of The New York Times Television and he also co-founded Current TV with former Vice President Al Gore. To date, Michael and  his wife have taught more than 40,000 people of all ages how to get out there and produce compelling content in intensive four-day bootcamps. They also offer more than 1000 classes on everything from storytelling and shooting video to how to start your own business in  their online video film school thevj.com. Are you a curious, hardworking risk-taker who is eager to learn? Then this is the Espresso Shots episode for you!