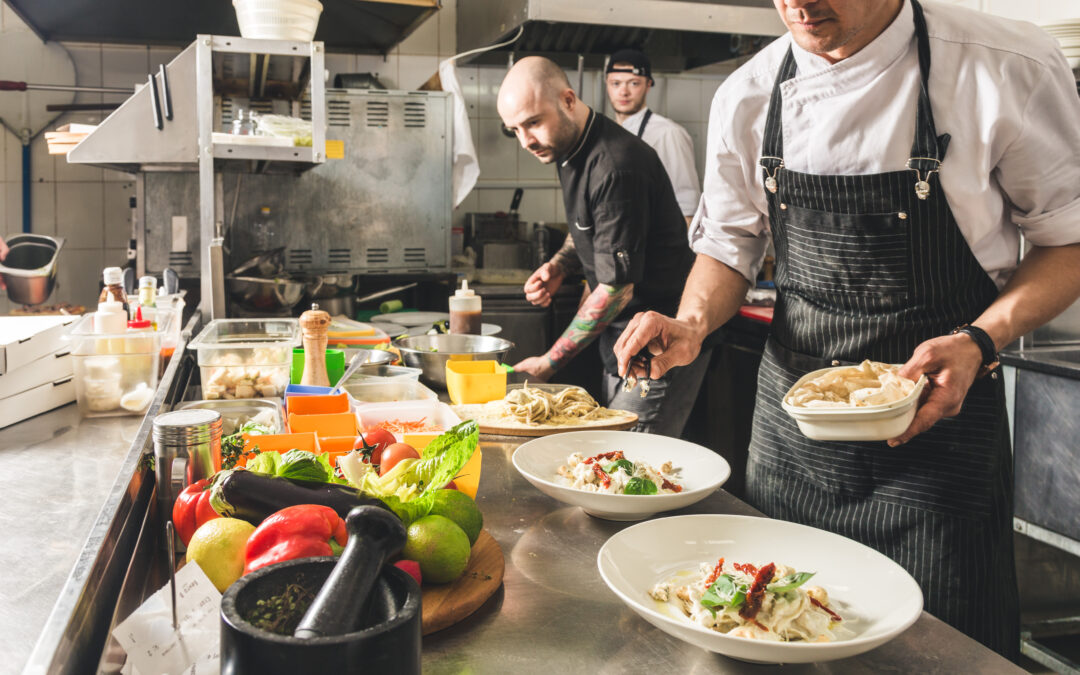 Are you interested in Food and Restaurants? Here is advice compiled from a number of Time4Coffee guests who work in these fields and were asked to share the best career advice they’ve ever received:

Whatever stage you are in life, you have the choice to be proactive or reactive in looking for professional success. Sarah Polon, the founder of Washington D.C.-based vegan soup company Soupergirl, sometimes struggles with this. “Some of the biggest mistakes I’ve made have been hiring reactively and growing in a responsive manner instead of proactively planning,” she said. She’s applied this mindset to other aspects of her career too.  “Be proactive about whether you’re choosing your career, going out on interviews, whatever you can do to stay one step ahead of the game. You’re setting yourself up for greater success.” If you finished up an interview for a specific job, follow up with the hiring manager and clearly show your interest. Success won’t come to you if you don’t go after it first.

Susan Weiner is the founder and CEO of Orange Dot Baking Company, which sells home-made  gluten-free baked goods. As someone who started her business in her own kitchen, Weiner reminds others that “you don’t have to start out as a moonshot. You don’t have to launch yourself into the most high, stressful career possible to be successful down the road. If you’re interested in the cooking industry, (just) acquire those skills.” Don’t make it your goal to start off at the top. When you’re new to an industry, self-reflecting and identifying your own values is more important to do. She says the people in the food industry are very different than those on Wall Street – where Weiner worked earlier in her career. Ask yourself who would you hang out with? What kind of people do you want to work with? Take it slow when building your career. Before trying to rush to the top, get to know yourself.

Nick Freshman spent most of college thinking he was going to go to law school. He even spent two semesters interning at a law firm but then realized that didn’t feel right for him. Freshman, now the founder of Mothersauce Partners, a venture capital funded ecosystem for the food and beverage industry, advises java junkies not to let their early 20s stress them out. Confusion and uncertainty are completely normal. Freshman went into the food and restaurant industry as a bartender with the hopes of making some money to move out of his mom’s basement, but he stuck with it because it felt authentic to him. “Don’t be too anxious about the nonlinear path. I don’t really think anybody walks down a specific path and sticks with it,” he said. Focus more on finding out what feels right and authentic to you, and not based on a rigid timeline for your career.

Mitch Berliner, co-founder and owner of Bethesda Central Farm Market, has been involved in the food industry for over 30 years. Early in your career, Berliner advises people to balance their food business with another source of regular income. “We kept my job as a teacher to get the farm stands and the market’s going. Then we kept the markets going to buy some equipment for the wholesale business,” he said. The two went hand-in-hand. He was constantly generating an income to then reinvest in his food business. Especially in the early days, this is necessary to get your side hustle up and running.

Choose and pursue a career path with your interests and talents in mind. You will be getting suggestions and shoves in different directions from people in your life who might have other plans for you, but your career is about you. Elise Museles is an attorney turned Certified Eating Psychology and Nutrition Expert. Having a father who was a lawyer originally influenced her decision to pursue law and became an attorney because she wanted to please him. But if she could do it all over again: “I would really figure out what my passion was and not follow a path because I had to or what was expected of me,” she said. Although there were benefits of dabbling in law, Museles wishes she had gone into nutrition from the beginning because she did have those interests early on. Don’t venture into a career to satisfy anyone but yourself.

If you want to hear more career advice from these professionals or learn more about their careers, visit the Time4Coffee website to listen to their episodes.