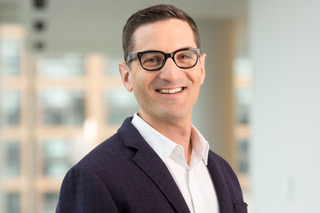 NPR’s Guy Raz is the man behind the microphone — and the magic — of 3 top-ranked Apple Podcast shows: How I Built This, TED Radio Hour*, and Wow in the World. In 2016, he became the first podcast creator to have 3 shows in the Apple Podcast chart’s Top 20 shows — at the same time.  However, as he tells T4C host Andrea Koppel, before he made it to the pinnacle of his profession, Raz had to deal with professional disappointments, and even rejection, and had self-doubts like all of us.  During his twenty non-consecutive years at National Public Radio (NPR) Raz moved up the ranks from intern to “reporter trainee” to foreign correspondent to Defense correspondent covering the Pentagon, and the US military, to weekend host of All Things Considered to host and editorial director of the TED Radio Hour, How I Built This & NPR’s first-ever children’s program:  Wow in the World.  Raz graduated from Brandeis University with a B.A. in History.