894: How to Break Into Visual Effects With Corey Rosen, Tippett Studios [Espresso Shots] 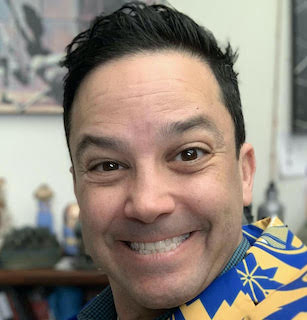 Corey Rosen is a visual effects artist, writer, storytelling coach and actor who has been involved in the production of dozens of movies, including multiple Star Wars films, Mission Impossible, A Christmas Carol and Ted. Corey has also hosted over 100 live storytelling events for The Moth Radio Hour since he won the Bay area’s first Moth StorySlam in 2014. He also performs improv at BATS Bayfront Theater in San Francisco. Corey has written and directed television commercials and Emmy-winning short films. In addition, Corey has written for Comedy Central, Jim Henson Productions and Lucas Film and currently serves as a creative director at Tippett Studio and is an on-air personality for Alice Radio’s “The Sarah and Vinnie Show.” He graduated from Northwestern University in 1994 with a B.S. in Radio, TV and Film.