703: Why You Can Never Predict Where Your Major Will Take You With Dave Burwick, Boston Beer Company [K-Cup TripleShot] 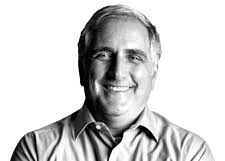 Dave Burwick is the president and CEO of The Boston Beer Company, the creator of popular beverages like Samuel Adams beer, Twisted Tea, and Truly Hard Seltzer. Dave launched his career in the beverage and consumer goods industries at PepsiCo, where he served in a variety of marketing roles during the 20 years he spent there. One of these roles included being the brand manager and director for Mountain Dew for 5 years, overseeing the hugely successful ‘Do the Dew’ campaign. After his time with PepsiCo, Dave worked at Peet’s Coffee where he was president and CEO, and later at Weight Watcher’s where he was also president. Dave attended Middlebury College where he received a BA in history and Harvard Business School where he got an MBA in general management.