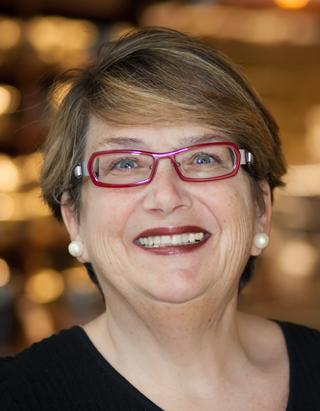 Lucy Helm is Starbucks Executive Vice President and Chief Partner Officer. A partner (employee) since 1999, Lucy previously served as Starbucks Executive Vice President, General Counsel and Secretary for more than five years, and served as the interim leader of the Partner Resources organization (PRO) from March to July 2017. She is part of the senior leadership team, reporting directly to CEO Kevin Johnson.   In her work in Law & Corporate Affairs, Lucy proved to be a trendsetter in the legal profession through diversity and pro bono work, and gained a reputation as an incomparable leader and advocate for the communities Starbucks serves. Lucy was recognized by the National Law Journal as one of America’s 50 Outstanding General Counsel in 2014, received Legal Momentum’s Woman of Achievement award, and was honored with the Washington Appleseed Bradley C. Diggs Outstanding Service Award for leadership in social justice in 2015. She is a member of the board of directors of the global humanitarian agency Mercy Corps, and also serves on the board of the Washington YMCA Youth & Government Program. Lucy received her B.A. in political science with highest honors from the University of Louisville and is a cum laude graduate of the Brandeis School of Law at the University of Louisville. Her favorite Starbucks beverage is a Nitro Cold Brew.