535: Why to Follow Your Interests After You Graduate With Tim Naftali, New York University [K-Cup TripleShot] 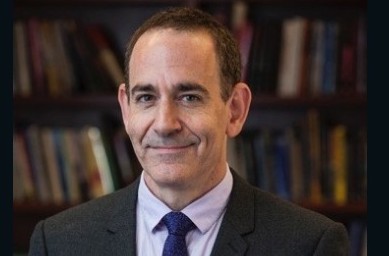 Tim Naftali is a CNN presidential historian and associate professor at New York University in a joint appointment at NYU’s Wagner Graduate School of Public Service and the history department. From 1998 to 2006, Tim was the founding director of the Presidential Recordings Program at the University of Virginia’s Miller Center of Public Affairs as well as a professor in the history department. In 2007, Tim was appointed as the founding director of the federal Richard Nixon Presidential Library and Museum in Yorba Linda, California. During his time as the library’s director, he helped create a nonpartisan Watergate exhibit and oversaw the release of over 1 million pages of presidential documents and hundreds of hours of the infamous Nixon tapes. Tim has served as a historical consultant to CNN’s original series Tricky Dick and Netflix’s Designated Survivor. With his expertise in national security, intelligence policy and presidential history, he has authored and co-authored numerous books, including: One Hell of a Gamble,  Blind Spot: The Secret History of American Counterterrorism, a biography of George H.W. Bush and Impeachment: An American History. Tim is now working on a book about President John F. Kennedy and his time in the White House.