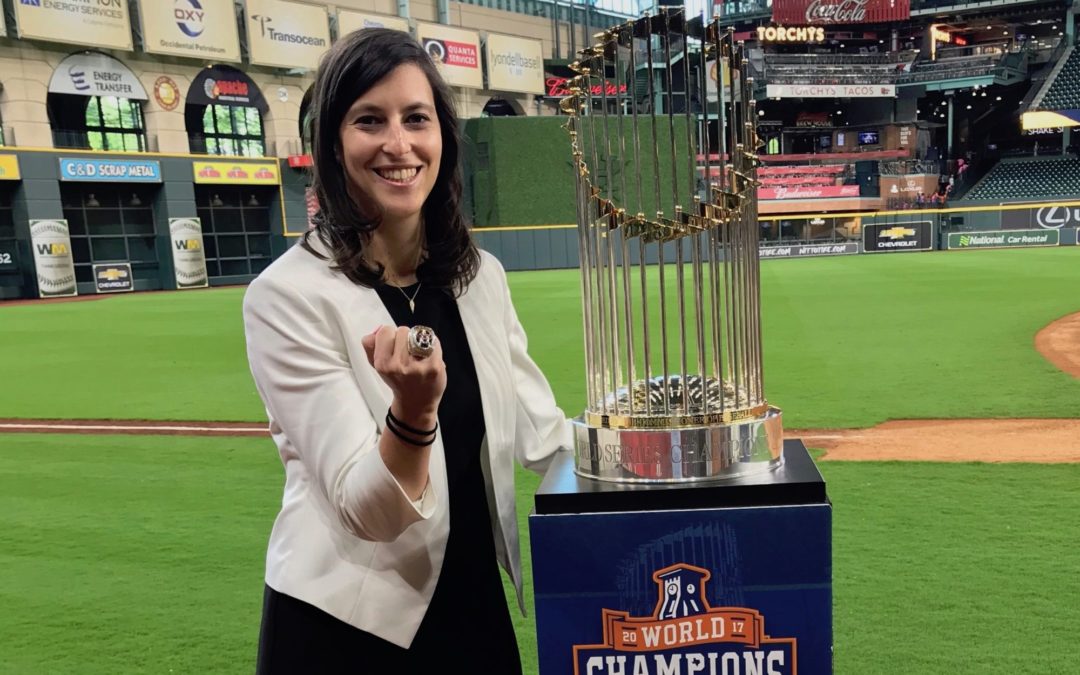 Eve Rosenbaum is the Manager of International Scouting for the 2017 World Series Champion Houston Astros.  It’s a dream come true for this baseball lover who played ball most of her life, including playing softball at Harvard University.  In fact, Eve was a walk-on member of the Varsity Softball team; four-year Varsity letter winner; two-time Ivy League Champion during her time at Harvard. She was also a Psychology major, with a concentration in Philosophy.  Shortly after graduating in May 2012, her childhood dream came true.  Today, Eve works for the Houston Astros and scouts baseball stars around the world, frequently traveling to Colombia and the Dominican Republic to watch up and coming teenagers show off their baseball chops. She also manages the international scouting team, making decisions about which players outside the US and Canada to sign to play in the US minor leagues.  Before working for the 2017 World Series champs, Eve earned a summer internship with the Boston Red Sox which are in the running, as of this writing, for the 2018 World Series title.

***Note:  We did this interview in September while the Astros were still in running for the 2018 pennant