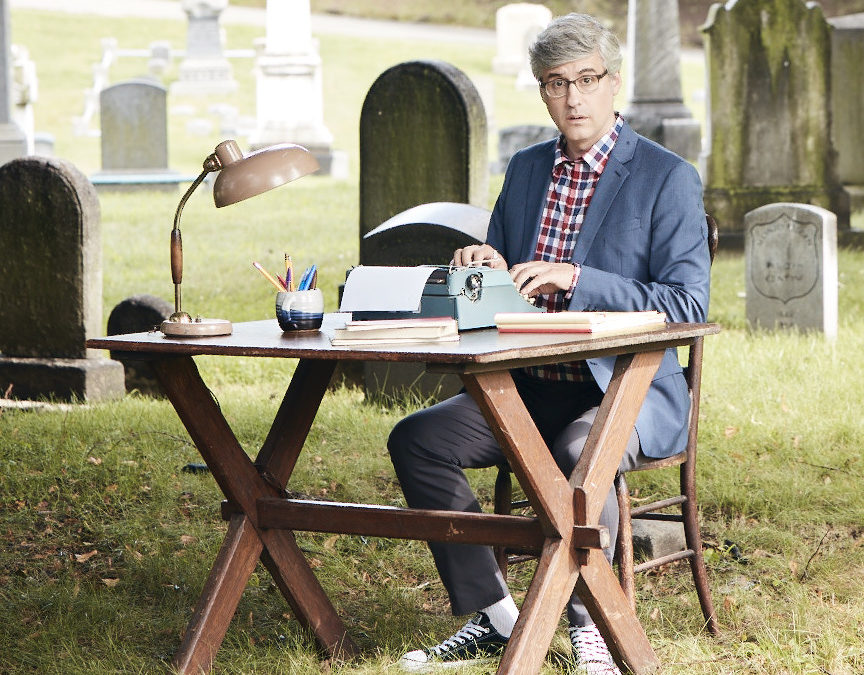 Mo Rocca is a humorist, journalist and an actor. He is currently a correspondent for CBS Sunday Morning, as well as the host for CBS’s series The Henry Ford’s Innovation Nation. In January of 2019, Mo’s podcast Mobituaries debuted as a joint venture between CBS News and Simon and Schuster. Mo’s love of obituaries and history led him to launch the project, a deeply researched appreciation for the love of people (and things) of the past who have long intrigued him. Each of the first season’s episodes is richly produced, consisting of Mo’s narrated storytelling combined with his original interviews (e.g. President Bill Clinton, whose inauguration pushed Audrey Hepburn’s obit off the front page) and some never-before-heard voices from the past, courtesy of the CBS News archives. The Mobituaries book will be published in November 2019, to coincide with the start of the second season, and will offer new, original stories combined with expanded “Mobits” from the podcast. Mo also created and hosted the Cooking Channel’s My Grandmother’s Ravioli in which he learned to cook from grandparents across America. In 2015, all three of Mo Rocca’s shows earned a total of five daytime Emmy Nominations, with CBS Sunday Morning and Innovation Nation each winning for excellence in programming.