202: How You Can Do (Almost) Anything in Tech With a Liberal Arts Degree w/ George Anders, LinkedIn [Main T4C episode] 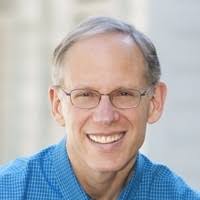 George Anders is a senior editor at large at LinkedIn. He’s authored five business books including the New York Times bestseller Perfect Enough: Carly Fiorina and the Reinvention of Hewlett Packard, and most recently You Can Do Anything: The Surprising Power of a “Useless” Liberal Arts Degree. After earning his undergraduate degree at Stanford University, George started his career as a journalist at the Wall Street Journal where he was part of a team that won a Pulitzer Prize for national reporting. Today, George works with a global editorial team at LinkedIn that consists of more than 60 people who operate from outposts in the United Kingdom, France, Germany, India, China, Japan, Australia, the United States, Brazil and more. When he’s not writing or shaping editorial strategies, George supports his team in developing new community-based products for LinkedIn users. Are you a curious storyteller with a knack for creating community-driven content, but aren’t sure how to get your foot in the door? Are you earning or have earned a liberal arts degree and are nervous about being competitive in this increasingly tech-minded world? Then this is the episode for you. Tune in for incredible advice from George Anders on how to market yourself and your degree to land a fulfilling career.