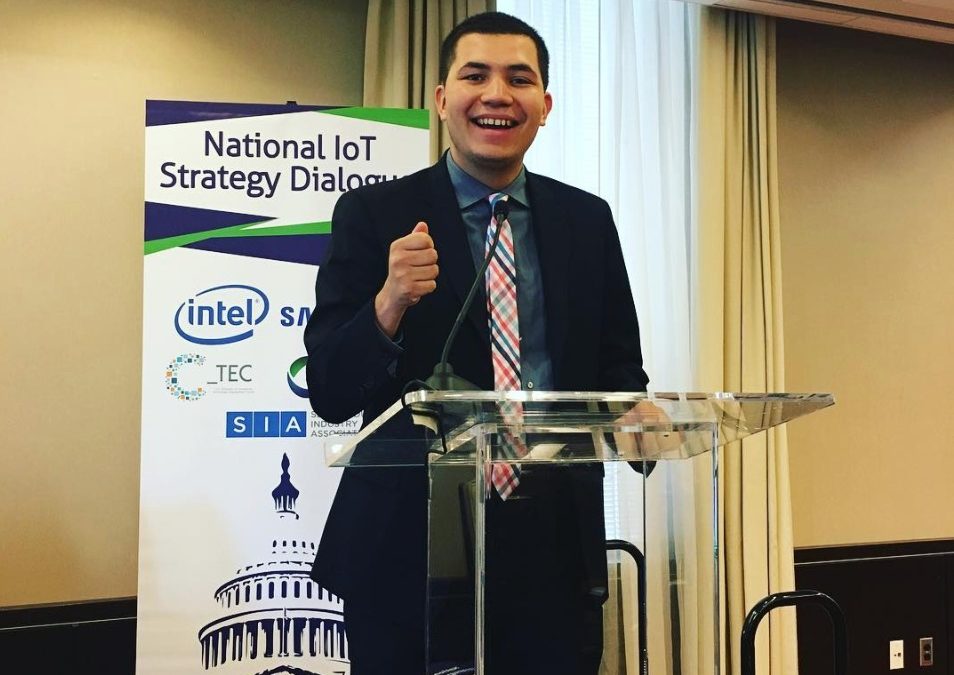 Jose Castaneda is the Communications Manager* for the Information Technology Industry Council (ITI) the trade association for the high tech sector — from hardware to software to services — representing the most innovative technology brands in the world.   In this role Jose drafts blog posts for ITI’s policy teams, manages media relations with reporters and leads ITI’s social media efforts. It’s not what he thought he’d be doing when he graduated from the University of Florida, in May 2015, with a double major in Economics and Political Science. However, fortunately for Jose, it’s a job that plays to his strengths: lots of writing, networking and public speaking.   Prior to joining ITI, Jose had several internships which helped to position him for the entry-level communications job that got his foot in the door at ITI as a Communications Associate. Jose’s internships included working at the PR giant Edelman, at Hamilton Place Strategies (HPS) as a Public Affairs intern and at AT&T as a Federal and National Public Affairs intern. Tune in to this episode of T4C to learn how Jose leveraged internships until he finally landed a full-time paying gig.

*Since our interview Jose has moved to Google where he is a Policy Communications Senior Associate.