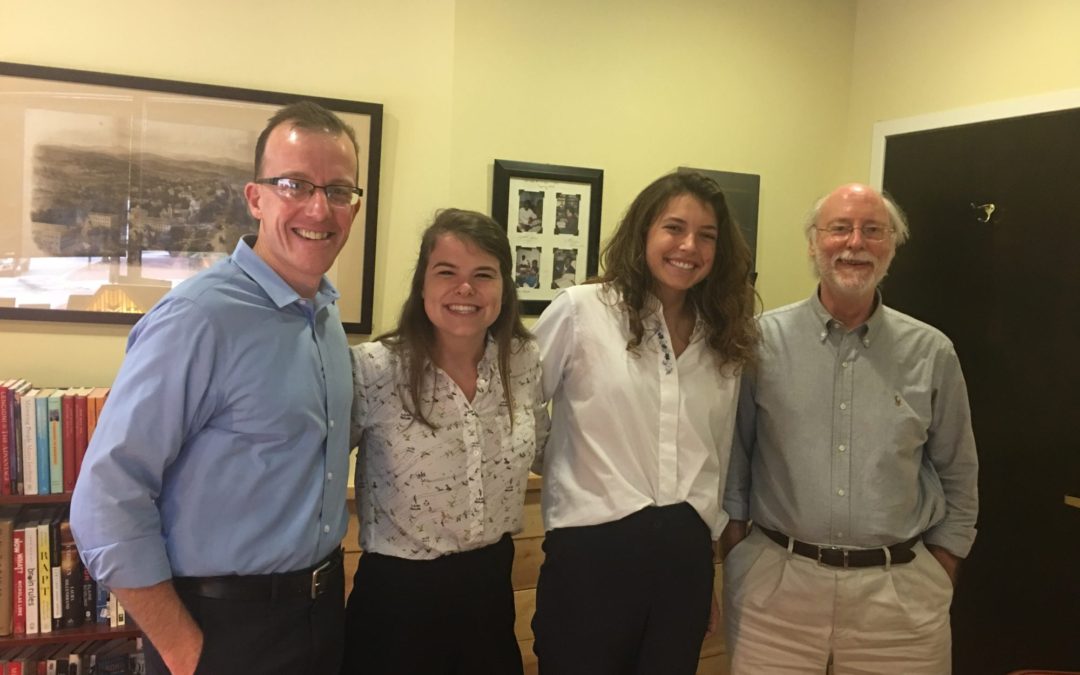 As a junior in college sleep is at the bottom of my to-do list. The sleep patterns of most of my peers and I at George Washington University in D.C., consist of late nights out or in the library, followed by early mornings at various classes, internships, and jobs. The only break from this routine comes on Saturday or Sunday mornings when we sleep in trying to rest up as much as possible before doing it all over again. It seems that everyone our age has all these responsibilities, but someone is always doing it better or doing more as if they had extra hours in the day. The phrases “all-nighter,” and “I’ll sleep when I’m dead,” have turned more into a way of life, and the word “bedtime” is almost unheard of. Being able to do more by skipping out on a few hours of sleep seems tempting and I have given in many times myself.

So, I was exceedingly excited when Chief Java Junkie, Andrea Koppel, invited me to join her during her recent interview with Ned Johnson, a sought-after speaker, and coach and Founder of PrepMatters to help young people manage stress and study skills, and Dr. William Stixrud, a clinical neuropsychologist who lectures widely on the adolescent brain, motivation and the effects of stress, sleep deprivation and technology overload. Both have been advising parents and young people alike with their new book The Self-Driven Child: The Science and Sense of Giving Your Kids More Control Over Their Lives and I was eager to hear what else they had to say.

During the interview, the two men seemed relaxed and were delighted to share what they had learned with as many people as possible. They had already discussed many themes on how to create a happy and successful life when the subject of sleep was brought up. Dr. Stixrud seemed to light up, straightening up a little in his chair, as if this was the most important thing he had been waiting to share with us. He started talking about how most college students are chronically sleep deprived and the side effects that come with sleep deprivation.

I flashed back to the spring semester of my sophomore year when I stayed up all night studying for an Economics midterm that was the next day. As I saw the sun rising from our library, I felt like my brain and body were rejecting me. Then I got to the exam unprepared, despite the hours I had just spent studying and was lucky when I received a C on the exam. That was the last time I pulled an all-nighter. I always felt like I was not working hard enough because I could not do the crazy late nights of studying or waking up super early for work. However, after sitting in on this interview, I realized no one is really able to do that.

Both Johnson and Stixrud said sleep deprivation has some serious side effects that I immediately understood. Sleep deprivation, by the way, is defined as less than 6 hours of sleep for multiple nights in a row. It turns out that our brain and body reacts to lack of sleep the same way it does to stress. Sleep is the time for our brain to rest and process the day, explained Dr. Stixrud. Without it, the brain releases stress signals which cause short-term acceleration in aging, acne, loss of sex drive, and increase in chances of obesity. It makes it seem as if the world is out to get you, which causes anxiety. If the sleep deprivation continues this anxiety can turn into depression. People are not even aware of what is happening to them, because sleep deprivation decreases one’s self-awareness.

And, by the way, making up for lack of sleep during the week on the weekends does not work well either, according to Dr. Stixrud. It is actually a condition called “sleep bulimia.” This is just confusing our bodies which crave routine. By not going to bed at the same time every night, we are just jet-lagging ourselves, making our day to day life even more stressful than it needs to be.

Unfortunately, so many of us are locked in a vicious cycle in which we’re told that whoever is the most exhausted is the hardest worker, and is the best student. And so, we foolishly compete with our peers and put our bodies and brains through the ringer to do so. Our routines are so different day after day, that our bodies don’t even know when they should start winding down.

The good news is that there is a win-win option and it’s called sleep.

As Dr. Stixrud and Johnson told Andrea during our Time4Coffee interview, college students will be able to do more, be more effective, and more present, just by getting more sleep. It’s that simple. No more feeling guilty for closing the books a little earlier to get to bed, or saying no to the shift at your job that would have you getting up at 5 am. Regular bedtimes should become part of our routines again, and be set around our schedules. This does not mean lights out by 8 pm, and up at 6 am. Find the time that works with you for your schedule.

This is a new idea for me as well, so I have started with a range.

My latest goal has been to be in bed going to sleep, not watching Netflix or scrolling through Instagram, between 12:30-1:30 am, and waking up by 8:30-9:30 am. Even in the short amount of time that I have been trying this, I have seen so much improvement in my own productivity. I have even been waking up around 9 am without an alarm clock, which is unheard of for me. College is the time we are creating habits for the rest of our lives, so let’s not make it harder on ourselves.

***The Stixrud-Johnson T4C episode will drop the week of October 29th so stay tuned!

***Also, if you decide to set a regular bedtime share with us how it is going and if you have seen any differences by tweeting @Time4Coffeellc