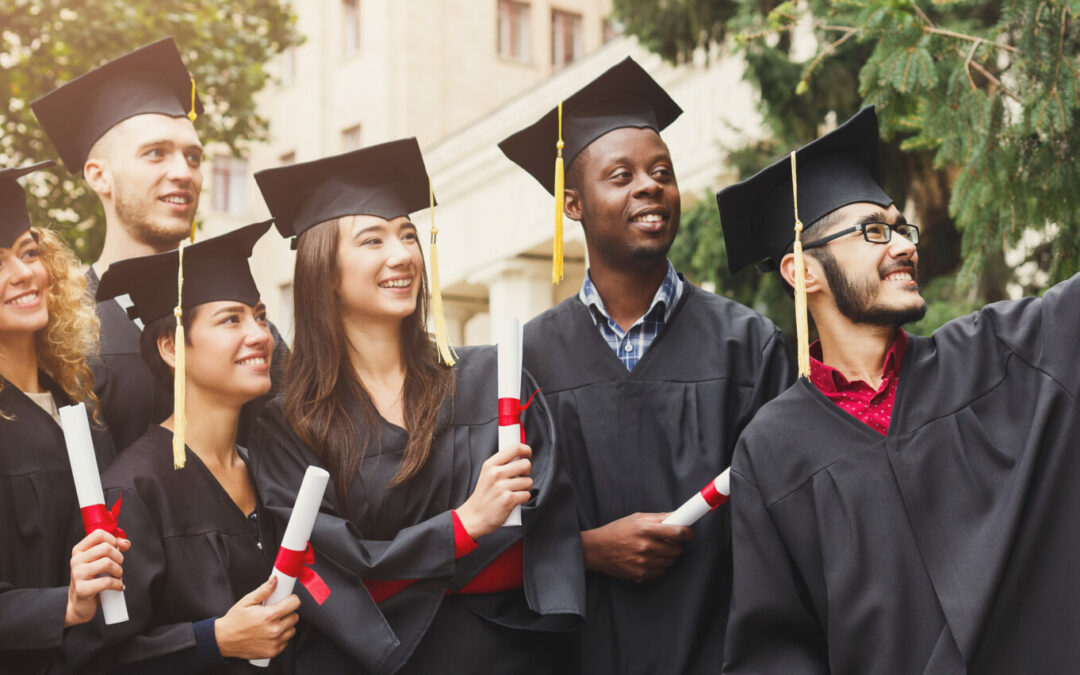 If you’re a graduating senior who’s overwhelmed by the job application process, worried about your career prospects or unsure what field is right for you, breathe — you have time to figure it out. Sure, outside of extracurriculars and other internship or job opportunities, we’ve spent the vast majority of our lives in the classroom. And when graduation day comes, we’ll no longer wait for a bell to signal the end of our days. Then, we’ll be expected to enter unfamiliar territory and navigate the waters of adult life on our own.

Trust me, I know what I’m talking about.   I, too, will be walking on stage to get my diploma, in just a few weeks, as a May 2019 graduate of the Philip Merrill College of Journalism at the University of Maryland.  And, as of right now, I don’t know what I’m going to be doing post-graduation.

In fact,  a remarkably big population of Time4Coffee’s 150 plus guests and featured industry leaders in a variety of professions were also completely and utterly lost upon graduation. But after listening to dozens of T4C episodes and carefully analyzing each guest’s unique story, it’s become exceedingly clear to me that the confusion and angst of post-college decisions aren’t exclusive to any one industry or path and they’re overwhelmingly common.

Case in point: Mitch Purgason, CEO and Creative Director of his self-started luxury menswear and accessory brand StitchedByMitch. Nowadays Mitch spends his days criss-crossing the U.S. measuring and designing made-to-order suits for athletes and high-profile clientele, including Doug Middleton of the New York Jets and Brandon Chubb of the Carolina Panthers.

After Mitch took a design class at Appalachian State University, he realized he’d chosen Finance as his major for the wrong reasons and switched to Entrepreneurship and Management.

“I wanted to be like my buddies. They told me I’d make good money,” Mitch said in Time4Coffee episode #128. “But I realized I have one life to live and that if I’m going to do something normal that everyone else is doing, I’m going to have a very normal life. That’s the last thing I wanted.”

So, Mitch nixed his idea of convention and took his unofficial title of “Style Consultant” for his friends and put it to use, making custom suits for college students.

In June 2014, the summer after graduation, Mitch worked as Director of Basketball Operations at summer camp Raquette Lake. It took him until February 2017 to officially launch the business he began in college, a career path he couldn’t have foreseen but excites him every day.

Like Mitch, Katherine Schantz’s career zig and zagged before she found the profession she loves: education.

Katherine attended Kalamazoo College, where she majored in Economics. After taking an economics of poverty and developing countries course, Katherine thought she had her mind made up about life after college. Her plan was to go to Africa and work for a nonprofit to help underserved populations.

“My life took a different turn,” Katherine said in Time4Coffee episode #124. “I married an artist and that was the end of going to Africa.”

Instead, Katherine went on to Harvard University and earned a Master’s of Education and Certificate of Advanced Study in Counseling and Consulting psychology.

“I would have never known when I was an undergraduate that this would be where I ended up and what I’d be doing,” Katherine shared about her tenured career as an educator.

Dr. Art Shaffer, a Staff Scientist at the National Cancer Institute’s Lymphoid Malignancies Branch within the National Institutes of Health (NIH), is another example.

Art graduated in 1985 with a B.A. in Biology from the University of Delaware honors program. Though biology is a traditional major for pre-med students, Art used his undergraduate experience to cultivate knowledge in many different subject areas, taking English, French and history classes and even joined the drama club.

And when graduation crept up upon him, Art knew he liked science but decided he wasn’t ready to commit to graduate school.

“Did I think I was going to end up at the National Institute of Health researching cancer?” “No,” Art said in Time4Coffee episode #9.

Instead, Art took time off from his studies and found a contracting company that connected him to the Walter Reed National Medical Center. In the working world, Art learned how to pay bills and taxes, find housing independently and become self-sufficient. Several years later, Art decided he was ready to jump back into academia and earned his PhD in Immunology at Johns Hopkins University School of Medicine.

Dr. Ellen Vora, a board certified psychiatrist, acupuncture and yoga teacher, “never totally felt right” about her path even throughout four years of medical school, two years of completing a fellowship and internship and three additional years of psychiatry training.

“I came into college all about biology and I loved studying the brain,” Ellen said in Time4Coffee episode #56. “But what felt right to me in college was the humanities. I went to the bookstore one day when I was in crisis trying to decide my major and I thought ‘well, let me just pick the aisle that has the most books I want to read.’”

An undergraduate at Yale University, Ellen declared an English major shortly thereafter. It wasn’t until she began practicing and adopting a holistic approach to psychotherapy, looking at diet, exercise regimen, sleep schedule and sex life among other characteristics of life, that she knew she “ended up doing exactly what I’m here to do.”

“I was astounded by the many late nights and all nighters I pulled for exams and papers only to find after graduating and doing well that my first job out of college would be one I already had,” Sean said.

A Government and Philosophy major, Sean didn’t know what he wanted to do upon graduating but knew his father had given him an ultimatum to find a job.

Sean had a friend who worked at ABC News and called the network every day for weeks on end during the summer to inquire about job opportunities. Ironically, it was only after Sean had given up and packed up his stuff to move to Colorado with his friends to become a “ski bum,” that he received a call back from ABC News about a freelance desk assistant position.

Sean unpacked his belongings, moved to DC immediately and signed a W-2 form the next day. He enjoyed a career at ABC News for nearly three years before he became a producer for CNN. After staying at CNN for more than eight years, Sean broke into the world of communications.

Although Mitch, Katherine, Art, Ellen and Sean work in distinctly separate fields, they’re united by one shared experience: they all took an indirect road after graduation to convert their degrees into careers they really love.

Like these five professionals, java junkies shouldn’t expect their career paths to be direct or linear. Your first job and career most certainly won’t be your last, and your college major shouldn’t confine you to any particular profession.

Deloitte, the largest professional services network in the world, published a report last year that surveyed more than 10,000 working young adults across 36 countries. According to the report, 43% of millennials expect to leave their jobs within two years and 28% expect to stay more than five years. For Gen Z, the figures were 61% and 12%, respectively. In fact, the average person holds 12 jobs in several careers during their lifetime, according to the Bureau of Labor Statistics.

Rather, the skills you learn in college, entry-level jobs and even C-suite roles will help equip you with the foundational tools and resources you’ll need to lead an exciting and fulfilling professional life.

Graduation is just the beginning.